There seems to be some confusion in the mainstream press regarding the Killing Bono Soundtrack. A number of outlets are reporting that “Street Mission” is a previously unreleased U2 track, but the Sony Music press release is pretty clear that this is a cover version performed by the film cast. The only U2 track included on the soundtrack is “I Still Haven’t Found What I’m Looking For,” and there’s no indication that this is anything other than the album version. Incidentally, ISHFWILF may fit the theme of the film, but it’s totally from the wrong time period, even if Hot Press claims it’s from 1982. 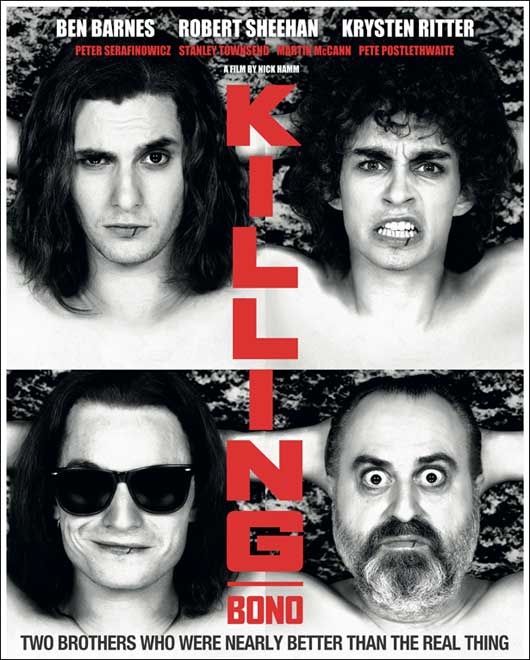