NOTE: This article, and other recent articles, are part of our U2 Show archive. We’ve recently updated our information on the U2 shows between 1976-1981, and invite you to check out the full archive. The article below is an example of the newly launched content in the archive for the early shows. 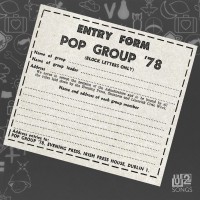 The contest U2 entered was part of Limerick’s Civic Week 1978 which ran from March 11 – March 19. The focus of the week was on music, and there were multiple music contests. One of those contests was Pop Group ’78, which was held in conjunction with the Evening Press and Guinness. The contest was advertised throughout January 1978, and the closing date to apply for the contest was January 31, 1978. The contest rules stated there was no fee to enter, to be considered a group you had to be a musical act with between 3 and 8 members, and that your act had to be less than 9 minutes in length. Groups were responsible to bring their own instruments. When U2 applied for the contest, they would have still been performing around Ireland as The Hype, and had not yet started to use the U2 name. 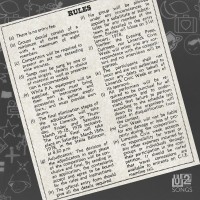 In the Pop Group ’78 contest acts were promised from the start that the price would include 500 pounds, and a “recording test where suitable by CBS Records”. Also awarded was a trophy, and the winners would get coverage in many local newspapers throughout Ireland. 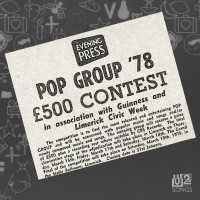 The finale of the contest was held at the Stella Ballroom, starting at 8:30pm on Saturday March 18. Admission to view the bands competing in the finale was 1 pound. Reports vary, but 36-38 acts entered the competition, and judges spent three days looking at acts and determining the groups that make the finale. Judging for these initial stages took place on March 16, 17, and the day of March 18. It is not known exactly when U2 went through this process, but they did perform at the Project Arts Centre in Dublin late on the 17th, and Jackie Hayden, one of the judges of the competition recalls U2 performing early in the day on the 18th and returning later to perform in front of an audience. As the competition was advertised as part of St. Patrick’s Day celebrations, some sources have listed the date of U2’s performances as being March 17th, however the schedule of the competition, newspaper reports and eye witness reports all confirm that the finale of the contest was March 18. 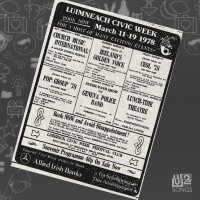 A few other misconceptions about the contest have appeared over the years. One report on the contest called the band “U2 Malahide” so some have suggested the band registered in that way. This is not the case, and Malahide was the address listed for the band in registration materials. Other media sources list them as “U2, Malahide, Co. Dublin” and other bands are listed the same way with their address following the band name. Also, reports say that this was the first time that the band used the U2 name. This too isn’t the case. The band had tried out the name at a performance earlier at home. On March 4, 1978 the band had played a show at the Presbyterian Church Hall in Sutton. They were supported by The Virgin Prunes, as well as Steve Averill’s band The Modern Heirs. It was Averill who came up with the U2 name for the young band. That night in Sutton, a couple of weeks before the Limerick contest, the band performed as a five-piece, called The Hype, at the start of the evening. The fifth member was The Edge’s brother Dik. At the end of the night they would return to the stage, this time as a four-piece, and played as U2 for the first time.

U2’s performance at the contest included three songs, reported to be “Street Mission”, “Life on a Distant Planet” and “The Television Song”. All three were original songs from U2. Of the three songs, only “Street Mission” has been released, as part of U2’s “The Complete U2” set via iTunes. The band performed all three songs in judging (likely early on the 18th) and again in the finale the same day. Although the first two songs are familiar to fans having been heard over the years, “The Television Song” has gone unknown for many years, although our recent story about U2’s First Demo gave a look at the song and the band’s first demo recording, which was the session U2 won via this contest. Jackie Hayden confirms three songs were played including one in Irish, which was most likely “The TV Song”. Hayden suggested this may have possibly been an early version of “An Cat Dubh”. Hayden writes, “I remember Bono impressing me most, with a superbly confident stage presence, even through a tired throat produced overtones of Rod Stewart. I remember his ‘I’m not moving, feet apart’ stance, which has become legendary, and he wore a tight grey polo-neck sweater. He was neat. The rest of the band looked serious and went about their respective jobs in a workmanlike fashion.” 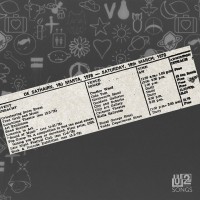 Eight bands made it to the finals. All eight performed in the evening in front of a paid audience. U2 won the event. Second place was taken by Rockster, a group from Dublin. Third place was taken by Village, a pop group from Limerick. Other groups who entered included East Coast Angels, Harmony (an all girl group), Midnight Flyer, Ground Hog, Oddwish, Fletcher, Chamber Five, The New Carousel, Charles Five, Fletcher and Skylark. 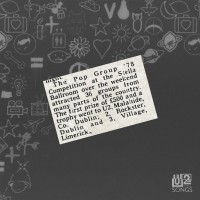 Mike Rave McNamara, a disc jockey, acted to introduce groups for the Grand Final of the Pop Group ’78 competition. The judging panel was initially announced to be Billy Wall (RTE), David Dukes (CBS Records) and Jim Conway (president, Junior Chamber). However, by the time of the competition it appears that Jackie Hayden (also of CBS) had taken David Dukes position, and that it was Jackie and Billy Wall that had judged the competition. 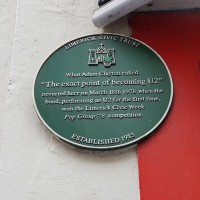 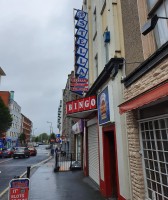 U2 had been joined in Limerick by family and friends who had made the trip down for the evening performance. After the show they returned to Dublin. After the competition U2 were asked by CBS to go into a recording session at Dublin’s Keystone Studio. Jackie Hayden who had judged them in the competition also joined them in the studio. Unlike a typical demo recording session, U2 were invited to put down a number of original songs instead of working on just one specific set of songs, and they ended up recording eight originals and two cover songs with Hayden, about 30 minutes of music. The tape and recording session was used by CBS to size up this young band, who would offer to release singles for the band in Ireland, starting with “Three” in 1979. These days a plaque can be seen in Limerick where the Stella Ballroom stood, marking U2’s performance and win at the competition.