Sing 2 is an upcoming animated film by Illumination, and Bono will appear as the character Clay Calloway in the film when the movie debuts on December 22, 2021. He will star alongside Matthew McConaughey, Reese Witherspoon, Scarlett Johansson and others in the sequel to the 2016 film Sing. Writer / director Garth Jennings returns for the sequel. A soundtrack album will be released on Republic Records in December.

The trailer for the film has just been released today. It can be viewed above. Bono appears in the trailer starting from the 2:30 mark onward, and we can also hear a rendition of U2’s “I Still Haven’t Found What I’m Looking For”. The vocal on the song is lead by Scarlet Johannson as her character Ash. Bono will voice the character in English versions of the movie, however, international versions of the film in other languages will not feature Bono. In Spanish versions of the film for instance, the spoken role will be filled by another singer, Chayanne. French versions of the film will also not feature Bono in the spoken role. It is not confirmed whether or not Bono may still sing in these alternate language versions, however casting of a singer for the Spanish version suggests he may not.

Yesterday, we got to see our first look at the character design for Bono’s character for the first time. He’s an aged grey lion, peering into the mirror as he gets ready for a show. Bono speaking about the character said, “Clay Calloway is quite the character. I like to think I was part of his construction. Garth Jennings asked me about singing and where it came from. I surprised myself and him by answering with a line that would make it into the film: ‘Some people sing for a living, some people sing to survive.‘Clay Calloway is a lion who lost his roar. A singer who lost his reason to sing when he lost his muse. A retired, reclusive rockstar with a big shaggy mane and low-frequency rumble of a grumble. He’s also got guns on his property…paintball guns…and a mixed relationship with his fans.” 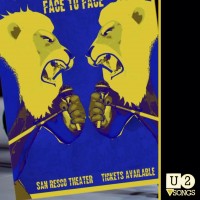 This film follows McConaughey’s character Buster Moon, who is looking to debut a new show. And to make a big splash with the new show, they pitch the idea of recruiting retired rock star Clay Calloway to appear in their show. The film will surround the quest to find Clay, who has isolated himself after the death of his wife, recruit him, and the launch of the show.

Bono spoke to Rolling Stone about the film, and director Garth Jennings, “Garth is a truly great storyteller at whatever age you’re in his thrall. A courageous one who actually chooses to work with children and animals! I first saw Son of Rambow before it came out at Sundance and was immediately a fan of his. [And] the first Sing was such a treat. I’ve had some unforgettable experiences watching such animations.”

The sequel was announced in 2017. The movie was originally due to be released December 25, 2020, and then later July 2, 2021, but both times it was delayed due to COVID. Bono’s participation in the film was rumoured in early 2020, but wasn’t formally announced until December 21, 2020. 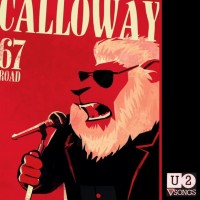 The original Sing film featured animated animals singing more than sixty songs, mostly covers of material by other artists, but also including some original songs. Artists covered in the first film include Carly Rae Jepson, Leonard Cohen, Taylor Swift, and Elton John. The original song “Faith” by Stevie Wonder and Ariana Grande was nominated for a Golden Globe. The film was also nominated for Best Animated Feature Film at the Golden Globes. The movie grossed $634 million worldwide. There was a soundtrack album released for the first film in a variety of formats. Deadline Hollywood listed the film as the 7th most profitable film of 2016. 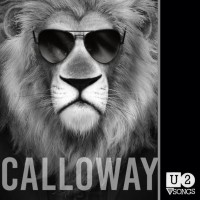 A description of the film on the official site lists, “Next holiday season, the new chapter in Illumination’s smash animated franchise returns with big dreams and spectacular hit songs as can-do koala Buster Moon and his all-star cast of animal performers prepare to launch their most dazzling stage extravaganza yet …in the glittering entertainment capital of the world. There’s just one hitch: They first have to persuade the world’s most reclusive rock star—played by legendary music icon Bono, making his animated film debut—to join them.”

Expect the trailer to also be attached to in theatre showings of Minions: The Rise of Gru debuting next week from the same company.