On Saturday April 6, 2019, Third Man Records celebrated their 10th anniversary with a party. The event itself saw a number of bands performing on two stages. Included with the Ultra Ticket to the event, was a swag bag, which included a limited 7-inch single (2 variants) from the Raconteurs, a collection of Third Man post cards, and a special test pressing from the Third Man Records vault. The test pressings were random and not everyone got the same record. 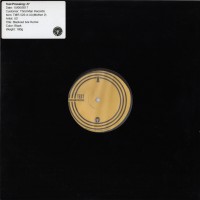 One of those test pressings? None other than U2’s “The Blackout” on black vinyl. But it was just one among a number of test pressings given out. These titles were not announced in advance, and until the day of the event no one knew what test pressings would be made available. The test pressings came from the collection of Ben Blackwell. Tickets to the event, held in Nashville were $75, but the ultra ticket which came with the swag bag, and priority entrance to performances was $150. To purchase an Ultra Ticket you also had to be a member of the Third Man Vault.

It is also known that at least one copy of “The Blackout” was given away as a prize at a second Third Man related event in Nashville TN.

So how rare are these test pressings? Third Man Records does a very limited run of test pressings for any release. Occasionally they’ll find an error and will press a few more, but in most cases we’re told that for any record less than 15 test pressings will be made. These are used to get approvals to move to a bigger production run. Each of these contains a label and all are individually numbered, and for “The Blackout” we haven’t yet seen a number larger than #10. The sticker is on the outer generic black sleeve. The label on the vinyl itself is the generic test pressing label used on all Third Man Records trial runs.

Test pressings are of interest to many collectors, and many exist, as theoretically any record pressed will go through quality control tests in the pressing process, and copies will be sent off for approvals before pressing larger quantities. Unfortunately a number of these have been faked over the year using tricks such as bleaching labels or applying fake labels to a commercially available vinyl. And since they are often meant to never reach the hands of the public, there usually isn’t a clear way to identify where the records have come from, like there is in this Third Man Records pressing.

Of course the test pressing wasn’t the only rarity produced by Third Man Records. 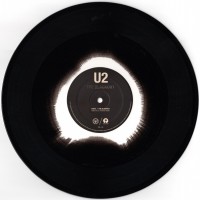 Two versions were made commercially available when the single was released for the Black Friday event in 2017. The regular 12-inch in black vinyl was pressed in large quantities and was widely available. But a special black and white vinyl pressing was also completed, and limited to just 750 copies. The special version of the vinyl has a white splatter pattern in the middle around the black label, which was an attempt to make it look like a sun that has been eclipsed.

The all black version of the vinyl was of course widely available worldwide, and was the first physical pressing of any material from U2’s new album Songs of Experience.

All of these releases, the test pressing, the black and white limited version, and the all black regular version were pressed during one run of the presses at Third Man’s production facility in Detroit.

U2 planned another release via Third Man Records. In May 2018, after an appearance in Nashville, U2 stopped by Third Man Records. In the Nashville storefront U2 recorded two songs, “Love is Bigger Than Anything in its Way” and “Red Flag Day.” Each song was played multiple times and social media posts by U2 mentioned that a “special limited edition” vinyl would be pressed. The songs were recorded direct-to-acetate, and it was the first time that the equipment to do this was used in the storefront rather than the Blue Room facility. The recording was also streamed on Facebook.

Direct-to-acetate means these songs were recorded directly to acetate, with no additional mastering or mixing being done. What was captured is what would have to be released. Thus multiple versions were done until the band felt they had a version that was to their liking.

The plan at the time was a special limited coloured vinyl 7-inch single. “Love is Bigger Than Anything in its Way” would be the A-side of the release, and “Red Flag Day” would be the B-side. The single was pressed for the band’s approval, but they were not happy with the final product. It is not known if the band was unhappy with the performances or some other aspect of the single, but the band requested that the project be abandoned, and requested that the test pressings be destroyed. The band released “Hold Me, Thrill Me, Kiss Me, Kill Me” featuring Gavin Friday and Regine Chassagne from Arcade Fire on vocals instead. We do not expect that there will be a release of “Love is Bigger Than Anything in its Way” in the future.