At the end of October, a surprise CD release came out, Snake Charmer an EP that The Edge had contributed to in 1983, had finally been released on CD. This was 35 years (almost to the day) after the original had been released on vinyl and cassette. The new release was issued by the Music on CD label, a legitimate label, providing legally licensed releases. They focus mainly on re-issuing music that has been out of print for some time. 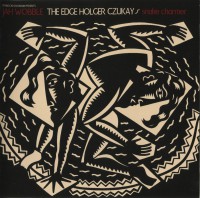 The Music on CD label has issued a number of items that relate to U2:

The other items have previously all been released on CD, but are now hard to find. Snake Charmer on the other hand is being released here on CD for the first time. (The label has also reissued Gavin Friday’s Each Man Kills for those who may be interested.) With this new release of Snake Charmer, we thought we’d take a look back at the album and how it came about. We’ve also taken a close look at the individual tracks that appear on associated releases to try to untangle some confusion about these releases.

François Kevorkian was born and raised in France. In 1975 he moved to the US, and started to try to find his way as a drummer. He started as a DJ in underground New York Clubs, later moving on to bigger clubs, including a stint as guest DJ at Studio 54. During that time he gained popularity as a remixer. In 1983, he remixed U2 on their “Two Hearts Beat as One” single, remixing both “Two Hearts Beat as One” and “New Year’s Day”. 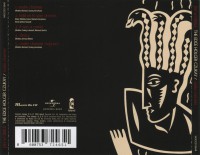 IMAGE: Back Cover of New CD Pressing of Snake Charmer

In the liner notes for the 2008 War reissue, The Edge recalls U2’s first foray into dance music: “I met with François [Kevorkian] in his NY apartment sometime in 1982 and spent a ‘mind expanding’ evening with him as he took me through some of the 12” records making an impact on the New York underground… Working with François was our first exposure to a club scene that would have a huge impact on music more generally. This was in the days before sampling and digital recording, so the scope to reconfigure a track over a dance beat was very limited. However, in his remixes [of ‘New Year’s Day’ and ‘Two Hearts Beat as One’] you can hear where things were headed.”

That mix of New Year’s Day lead to additional work with one of the members of U2, The Edge, and his first project as a producer, 1983’s EP “Snake Charmer.” The Snake Charmer project would bring together a number of musical figures to work on five tracks. Bass player Jah Wobble, best known as a bass player for Public Image Limited would join former members of Can, Holger Czukay and Jaki Liebezeit and jazz-funk singer Marcella Allen, and guitarist Animal to work on the project. The Edge, from U2, would participate on a number of tracks as well. In fact Kervorkian was so busy with the Snake Charmer project he turned down Madonna when she requested he mix her new single to finish her project.

Wobble described how the project came about in an interview with The Guardian: “The dance producer François Kevorkian had remixed U2 and wanted to make a record with Edge and me on bass. Then I brought Holger and Jaki into the fray. Snake Charmer was successful all around the world.” Wobble would also talk about the recording of the track, “The producer here was top New York DJ/remixer François Kervorkian, and the album was “Snake Charmer”, which features The Edge (nice down to earth fella) from U2 and Holger. Check out the latter’s mental French horn solo. This was also the first time I came across the infamous Lin Drum, one of the first programmable drum machines, it is a feature of this track. This era, the early to mid eighties saw the rapid development of midi technology; this session was my introduction to the digital domain. It was quite an eye opener for me. I gave François a tough time on occasion, but he did OK. And I learned a lot.” Turns out Wobble himself isn’t much a fan of U2, once telling The Guardian when asked if he was a fan, “Not particularly, but I always say that all these rock bands are similar to broken clocks: correct twice a day. So I really like New Year’s Day and Beautiful Day.” 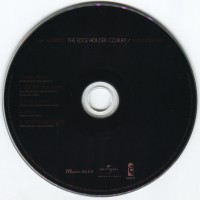 Recording and mixing of the Snake Charmer album took place at The Fallout Shelter in London. That studio was in the basement of 22 St. Peter’s Square, where Island Records had their offices, and the studio was used by Island artists to record, usually with less restrictions on time than renting space in a commercial studio. The recording sessions took place in April 1983.

The EP features five tracks, and The Edge participated in three of the songs – he is credited with slide guitar and soloist on “Snake Charmer “ and “Snake Charmer (Reprise)” and also lead guitar and effects on “Hold On to Your Dreams,” the track featuring Marcella Allen on vocals.

The EP was released on vinyl and cassette in October 1983 worldwide, with pressings in Canada, France, New Zealand, Japan, Portugal, Italy and others. The release was on Island Records, and the cover art for the release was done by Island’s in-house designer, Bruno Tilley. More recently, the EP has been issued on CD, with a release on October 26, 2018 on the Music on CD label. That label is going back and obtaining to reissue long out of print music on CD, often like the case here, offering music that has never been released on CD in that format for the first time.

Although the EP was only five tracks there was an issue with the tapes used to press the EP in the USA, resulting in alternate recordings of two of the songs being used. The EP issued in the USA had different versions of the songs from those appearing elsewhere. Two shorter edits of tracks also appeared on an Island Records promotional release for the album. The full list of tracks from the project as issued in 1983 are as follows:

From the UK Mastered Pressings (IMA-1):

From a UK Promotional Release (WOB 1):

Both of these edits are released on 7-Inch only, and both are edits of the UK version of the release.

Other Releases and Edits:

Both of these are slightly longer versions of the studio tracks that had been released in 1983. Both songs have been edited to retain the chimes that overlap between these songs on the EP, but all traces of the other song have been removed. On the original EP, in both cases, the songs are mixed so that they are continuous. These two edits separate them, and introduce additional music.

In 2012, another version of “Hold On to Your Dreams” appeared. This one is called the “Rayko Spiritual Gargamel Edit” of the track, and was put together by the DJ known as Rayko. It was issued on a white label vinyl, with pressings in both black and yellow vinyl. In both cases the vinyl was single sided and released for promotion only. It was also included as a bonus track on Rayko’s album Dragon Soul, which was also released marked for promotion only. This edit is 14:55 in length. Is it official? Not necessarily. DJ culture has long made their own edits of tracks to use in their sets, and to use in mixes. Edits allow the DJ to use the song as they want in their sets. This can include altering the tempo, mixing in other music, or as in this case, just a straight forward edit to lengthen or reduce the time of the track. These releases were done through Glenview Records, but as they are all marked “For promotion only,” a tool that allows DJs to produce these sorts of recordings, we have decided not to list this ‘edit’ in the discography and will file it away with other third party remixes for now.

The Snake Charmer EP has fallen somewhat into obscurity, with the most interest in it being from fans of U2, Jah Wobble, or Can over the years. There was some interest in the release a few years back as a fan of the Ferris Bueller movie attempted to recreate his bedroom, yes, a Snake Charmer poster could be seen on the wall. The release on CD in October was certainly a surprise. It’s nice to see a label like “Music on CD” looking back at some of this out of print material and making it more readily available. François Kervorkian again would work on some remixes of “Wire” from The Unforgettable Fire but at the time they had limited release, and one was not released until the 2009 anniversary edition of that album.

Many thanks to Anam and Don Morgan for some of the information in the above piece. Resources used for this article include the UK vinyl pressing, the Canadian vinyl pressing, the USA cassette and vinyl pressings, and the European CD of “Snake Charmer” as well as copies of all the related releases listed below.