As you have probably already read, the final tracklist for this year’s subscriber gift will be decided by the votes of U2.com paid members. Titled U22, this will be a two CD set containing 22 live tracks, picked from 46 possible tracks from the U2360° tour. Current and renewing members have until December 2 to vote for their favorites. Members can preview the possible tracks and vote here, and here are further details on the shows the tracks are taken from. 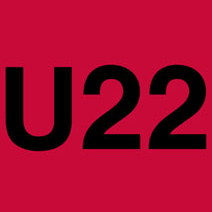