U2 Takeover Playlist at F1 in Italy 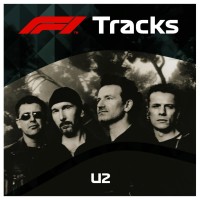 This week, U2 will provide the soundtrack to the Formula 1 race at Emilia Romagna Grand Prix Race held at the Imola race circuit in Italy. The playlist featured twenty U2 songs that were released on a number of platforms as part of the promotion of the 20th anniversary editions of All That You Can’t Leave Behind.

The playlist could be found on Spotify, Deezer, and Apple Music. The playlists were announced on October 28, 2020, and were available on announcement.