U2’s Celebration of Interscope at 30

In January it was announced that U2 would participate in Interscope Records 30th birthday celebrations with a limited edition pressing of All That You Can’t Leave Behind. It is part of a series of albums reissued to celebrate Interscope’s 30th birthday. All That You Can’t Leave Behind was chosen because it was U2’s first release on the Interscope label. We shared the details of this release back in January when it was first announced and now we can provide some additional information about the physical release now that they have been sent out. 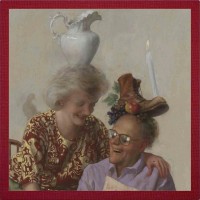 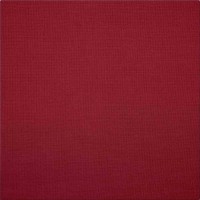 IMAGE: Front and Back Covers of New Limited Release

The U2 release was a special limited 100 copy pressing of the album. It was sold via NTWRK alongside albums from other Interscope artists.

The album has now been released and we can share some information about the pressing. The album is on heavyweight black vinyl. It is packed in an inner sleeve, which is packed into a linen album jacket, and then placed in an outer box designed by Gucci, and carrying the Gucci logo that holds the album. The giclee print of the artwork for the album is attached to the front of the dyed linen album jacket, there is nothing on the backside of the jacket. There is no booklet accompanying the album. The artwork on the front is signed by the artist, and is hand numbered by the artist from 1-100. The inner sleeve is black cardboard and includes the track list of the album on one side. The Gucci box is the same for all of the albums released by Interscope for this celebration. It’s a generic box, and the only mention of U2 on the outer package is a barcode on the back of the box, which is on a sticker outside of the stretch wrap. Behind where the album rests in the box is a list of credits for the 30th anniversary project. U2 is among those thanked on the credits here. The album itself is a new pressing of the album, custom pressed for this promotion. The album is an 11-track version of the album, and does not include “The Ground Beneath Her Feet” present on other pressings of the album done recently. The labels for this vinyl are designed to feature the dot from the Interscope logo as well as the name of the artist and the album. These are similar across all releases in this series, and are unique to this pressing of All That You Can’t Leave Behind. The album has unique matrix numbers that distinguish it further from earlier releases, the catalog number for this album is 4545876 / B0035208-01 which is also unique. Each release was sold via NTWRK in January and were limited to 100 copies. Before the items started to ship, they were taken off of NTWRK.

The artwork for the U2 album is inspired by U2’s “Beautiful Day”, and is by artist John Currin. Currin is a New York based painter. The painting used for the front of the U2 cover is called “Newspaper Couple” and was part of an art gallery show in London in 2016. A couple share a smile about something being read in a morning paper. Odd objects sit on both people, and a ghost of a bird sits on the lady’s shoulder. A fly is perched on the lady’s other hand on the man’s shoulder. The original painting is oil on canvas. The painting was completed by Currin in 2016. Adam Clayton visited Currin in his New York City studio in the same year.

John Currin and Adam at his studio NY. pic.twitter.com/7h7eieQ2ll

The artwork is also part of a museum exhibit Artists Inspired by Music: Interscope Reimagined which is running now at the Los Angeles County Museum of Art until February 13. Interscope and NTWRK have committed to donating 100% of the net profits to the Iovine and Young Foundation, which is building a school in South Los Angeles and will use the funds toward the school. A catalog from the exhibit is included with the purchase of the vinyl.

Speaking of the celebration, Jimmy Iovine, co-founder of Interscope shared, “Interscope’s original mission was to find the most profound artists, empower their creativity and watch what happens. For the 30th, we wanted to continue that vision by assembling the most admired visual artists and empower them with that same creative license to honor the musical artists we have worked with over three decades.”

57 albums from Interscope artists were reimagined for this 30th birthday celebration, and each is available at 100 copies. Many artists have agreed to have multiple albums in the promotion, but U2 have only allowed the one album to appear. U2 also appear on Kendrick Lamar’s DAMN album (with new cover by Toyin Ojih Odutola or Henry Taylor) and on Mary J. Blige’s album The Breakthrough (with new cover by Derrick Adams).

The full list of contributing musical artists / albums is as follows: